At dawn, thousands gather at San Francisco Civic Center to stand in solidarity with the Standing Rock Sioux tribe in North Dakota and the massive gathering of Protectors standing against the Dakota Access Pipeline. A sunrise ceremony is followed by a march to the SF Army Corps of Engineers to increase pressure on them to not permit the laying of pipe under the Missouri River, a source of water for the tribe and millions of others.

The protest in San Francisco was one of over 200 actions across the country, calling for a stop to the construction of the Dakota Access Pipeline and for the protection of water, sacred sites and the planet from the fossil fuel industry and it’s funders. 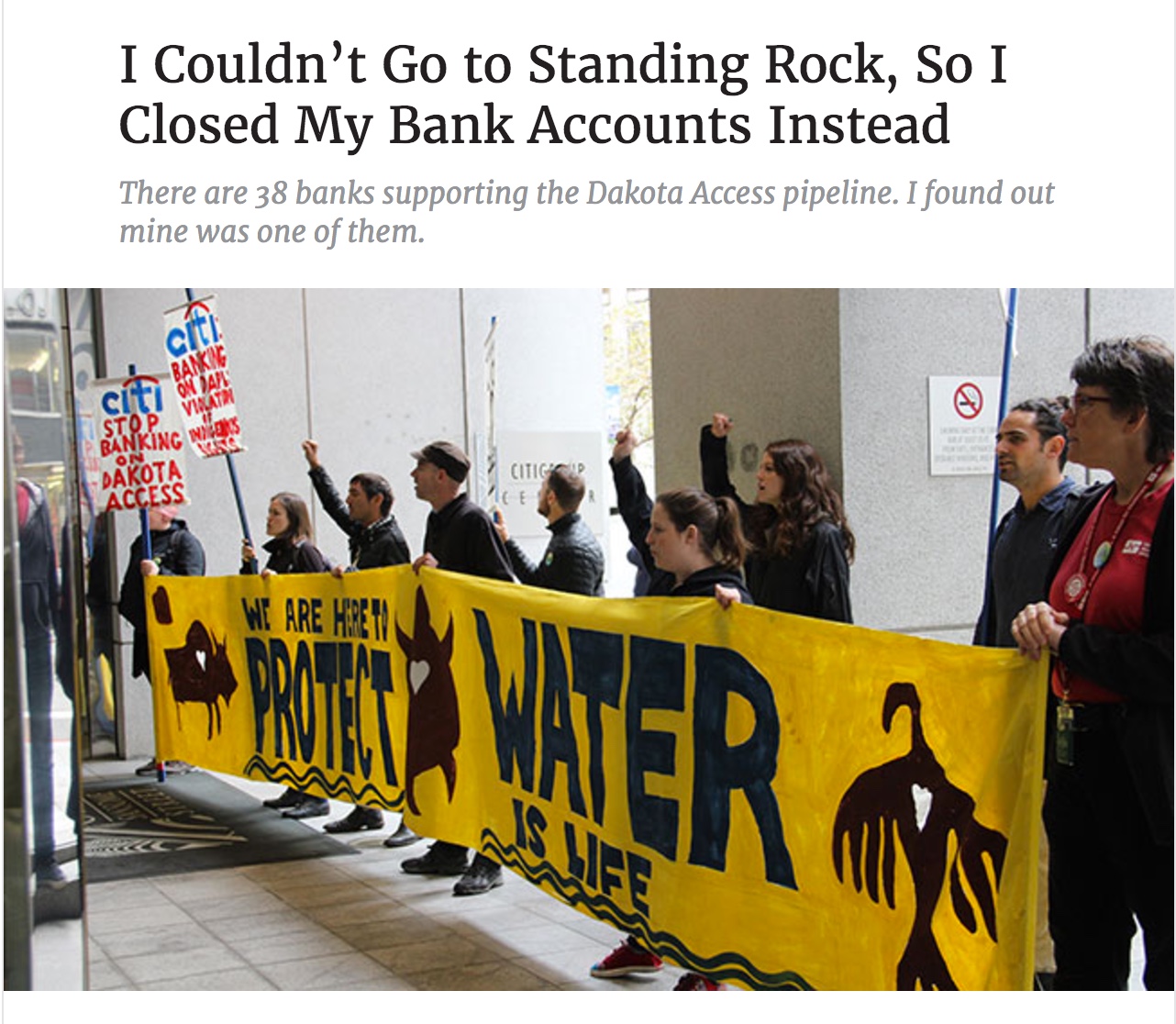 Grist – Your Bank and DAPL